Once in a while, it is very interesting and fun to explore new places that you don’t know. It is also common to have seen places far away from your town or country, while very beautiful places close to home go unexplored.

In late April and early May, we had four days off for the International Workers Day and we wanted to go on a walk of St. James Way. Unfortunately, the weather forecast told us this wasn’t a good idea because in the north of Spain, there would be heavy showers. We decided to change our plans and go discover new places closer to us.

We drove for one hour to reach Sagunto, so it was the perfect amount of time to listen to Tinta Roja, an Andrés Calamaro album, in which he sings classical tangos accompanied by an awesome flamenco guitar player.The first thing we did, and a lot of people do when they arrive to Sagunto, was to go visit the Roman Theater, built in the year 50 A.D. There was a performance, a historic recreation and it was interesting, but after a while, we decided to continue on our way. The castle is on the top of the city, a little bit above the theater. The sights from the castle were beautiful, as you can see the city and the sea.

Another place that we had heard about, but had never seen, was Sierra de Espadán in the province of Castellón. The plan was to look for a little road in order to get into this awesome natural park, and we found it, a narrow and winding road. On the way, we listened to a live album by Kevin Johansen that I love. On the whole journey, we only saw a group of cyclists and a car. And the cork oaks on the surrounding hills made for a wonderful scenic drive.

About 7:30 p.m. we arrived in Montanejos, our last stop and the place where we spent the night. Montanejos is a small town in the interior of Castellón. Roughly 600 people live there, but in the summertime this number increases considerably because of the beauty of the surroundings and the possibilities for outdoor activities. 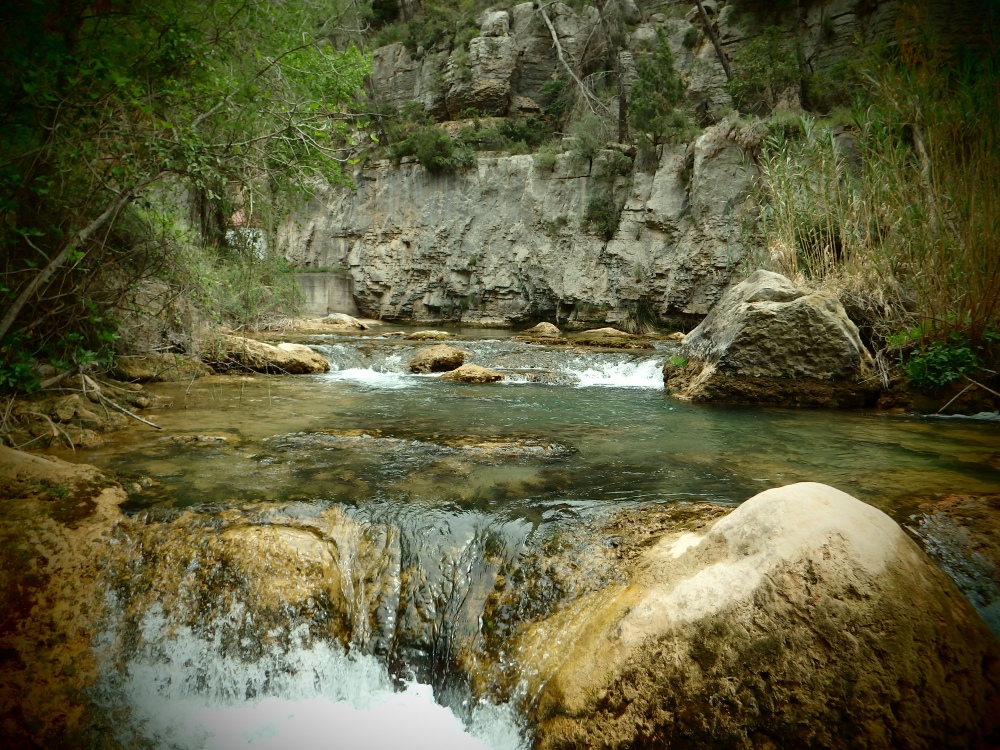 There are swimming holes in the river, lots of hiking routes, and a large cave, La Cueva Negra, which was likely used as a shelter in prehistoric times. The main attraction, though, is the natural thermal swimming pool. The temperature of the water is 25ºC (77ºF) the whole year. The mild weather would have allowed for a swim even in April but, damn it! I forgot my swimsuit at home!

Since we had such nice trip and left full of positive vibes, we decided to drive home listening to and singing a Bob Marley greatest hits album, as the sun was setting.