When the fair comes to Requena the second to last Wednesday of August, it starts to feel like Summer is ending. In reality, it is, because when the fair is over, most people finish out their holiday and start their normal lives. In some ways, it’s like the beginning of the year.

During the twelve days of the fair, there are several activities in my town, so people stop going to the pool and the swimming holes and beach aren’t as packed as they were a few weeks before. This is another sign that Fall is coming.

For these reasons, I thought that it could be a good idea to leave Requena and unwind away from the hustle and bustle. I would head to a place that I know but hadn’t visited for years: Las Charcas del Ral, also known as La Pampanera. 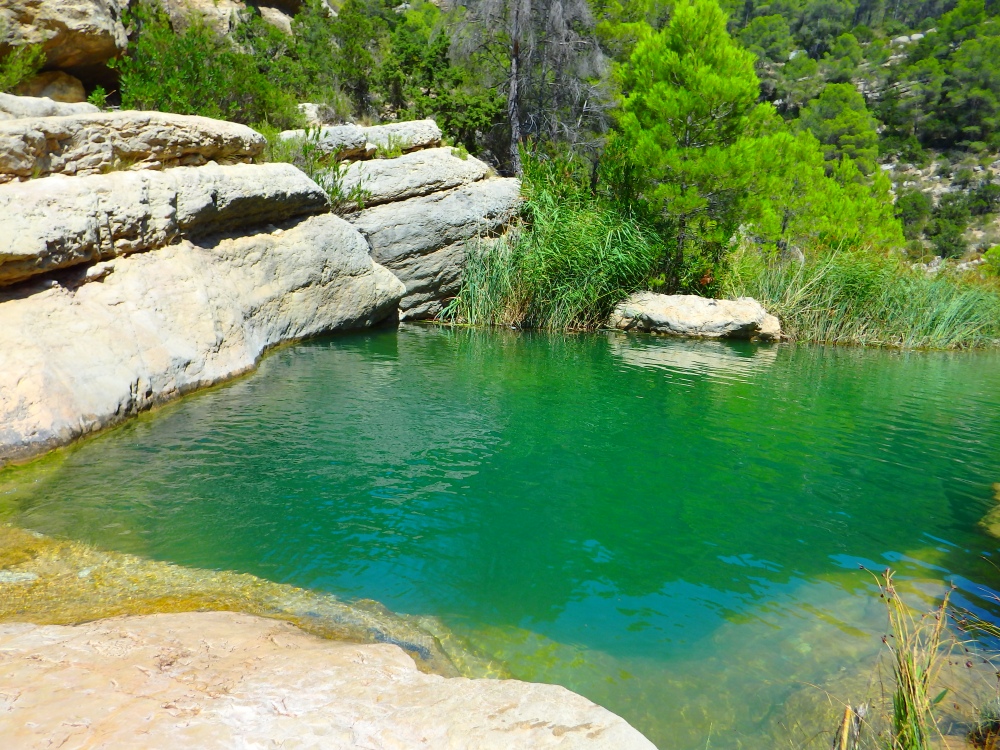 These beautiful swimming holes are located in Cortes de Pallás county, about 35 minutes from Requena. At first, the road is pretty good. As you approach your destination, it becomes narrow and curved, but it’s still worth the drive. We stopped in a village, Los Pedrones, to buy some bread for lunch and some sweet potato empanadas for later.

When I was younger I came to this place several times, once with my family and family friends when I was 13 or 14, and a few other times with my friends when we got our driver’s licences. The firsts times, it was wonderful, I thought I was in paradise because the setting was so awesome and there weren’t people, so it was like we had discovered a new place. But the last time I went, maybe 15 years ago, it was packed and people had left trash in some places.

We left the car just beside the road. There is a small parking lot and only a few cars were parked there–a good sign. From there, we could see one of the area’s main attractions, El Castillo de Chirel, a castle situated on a hill. We hiked 10 o 15 minutes up a steep trail with our backpacks and our cooler full of food and drinks.

There are two differents places where you can swim at Las Charcas del Ral, the first one that we came to is the more easily accessible and we decided to leave this one for after lunch, so we continued walking one more minute to reach the second spot. As soon as I got there, I dropped everything and went for a refreshing swim. Several children were there playing and swimming and I helped them to find a bottle that one girl had lost at the bottom of the swimming hole. Just like that, I had made some Friends! 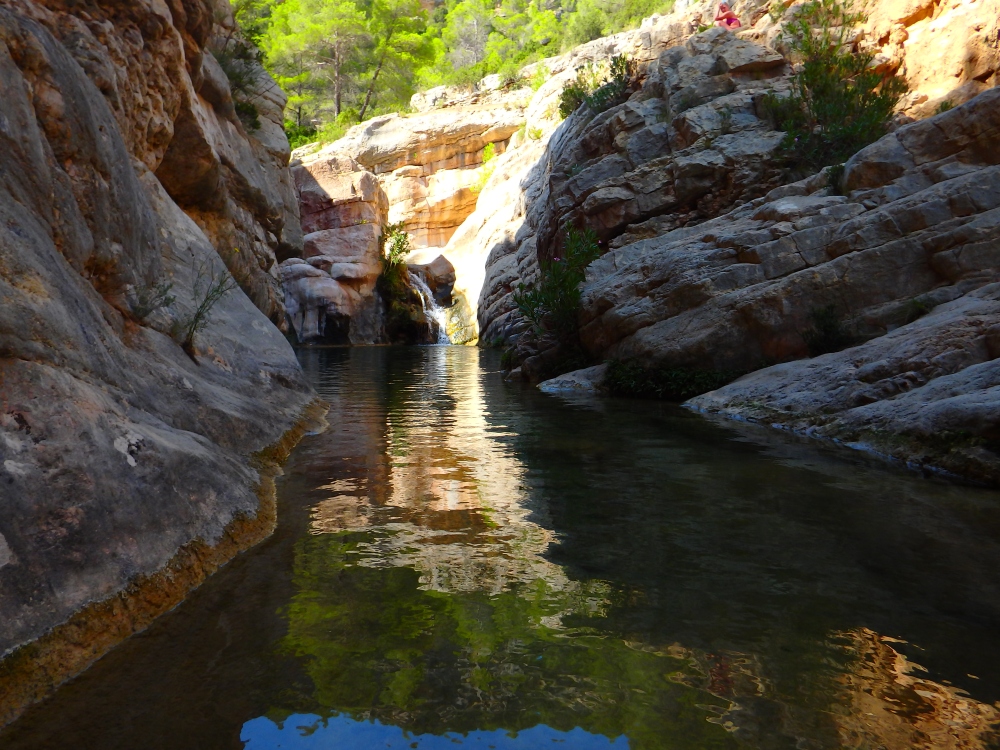 After a fresh eggplant salad and a couple of sweet potato empanadas, I decided I had energy enough to go to the rest of the swimming holes. There are several of them, one after the other. It can be a bit dangerous to get the pools because the terrain is ragged and I had to swim to reach some of them. Finally I got to a spot where I could see a big pool, the biggest one, but I couldn’t get to it. To reach it, I would have needed climbing ropes. 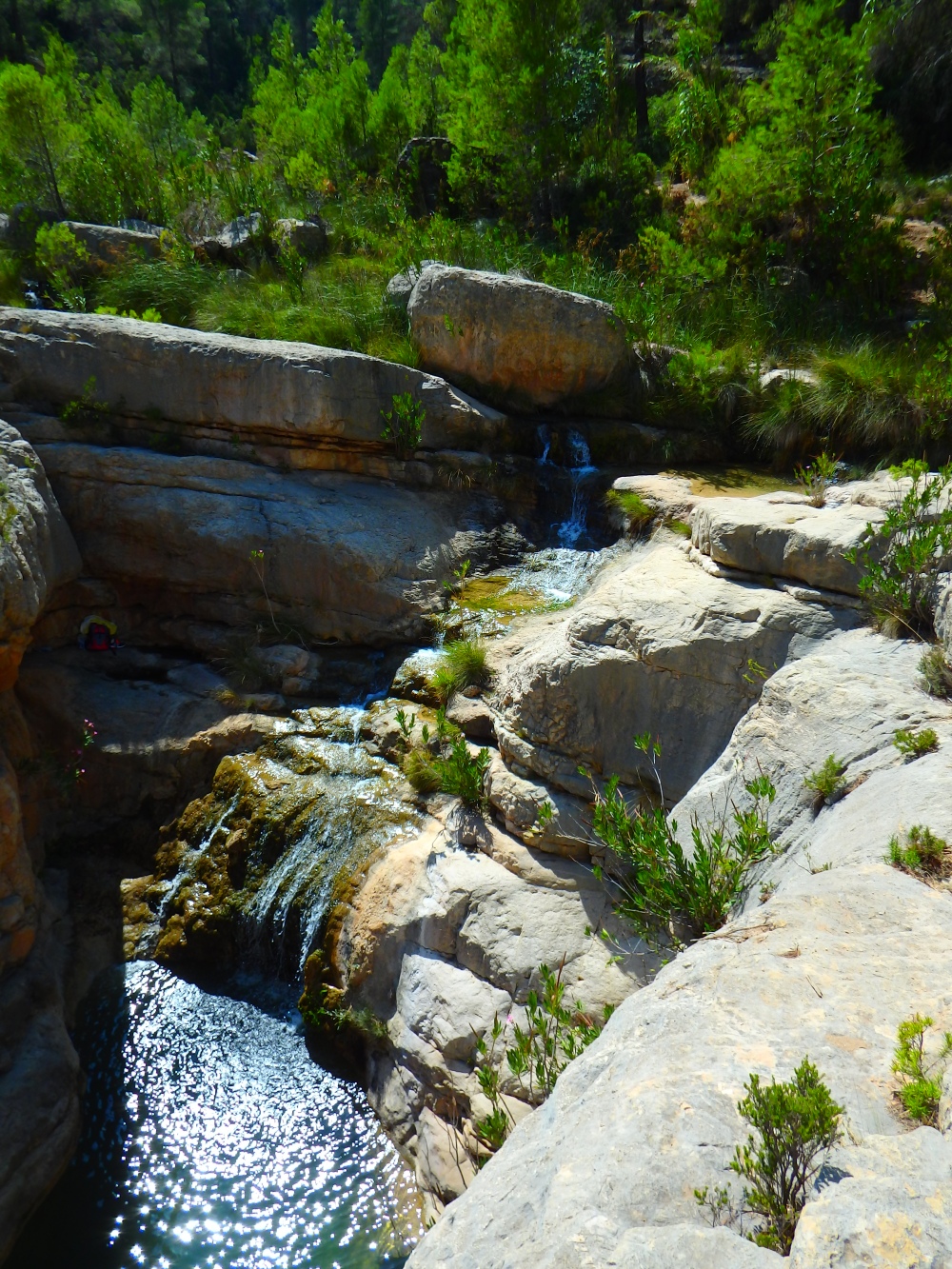 Right now, as I’m finishing this post, I can hear the sound of the music and the bustle of the parade, it’s the last day of the fair. I realize how much I enjoyed the day away from the city and the fair. I was glad to see that Las Charcas del Ral is still very beautiful and wasn’t as crowded as I remember.

As we were leaving, a couple of ibex goats crossed our path, or we crossed theirs… Whatever the case may be, they posed for us and we were very pleased to meet them. 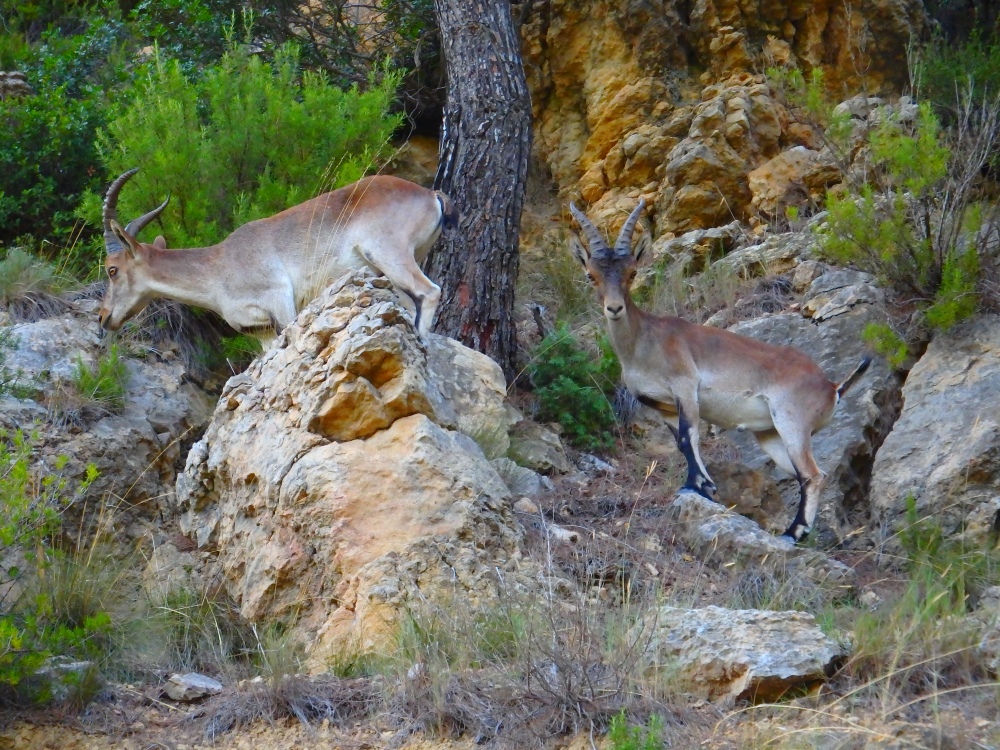